Everyone has a comfort zone. Some of us feel at ease on the dance floor, others on a sports field, and others yet in a classroom or library. Some prefer solitude while others hang out in crowded cafes. Though each of us relax in different ways, we can all agree on one thing: our comfort zones are, well, comfortable. And the happiness and security we feel within that comfort zone are great.

Unless, of course, you’re too scared to step out of it.

Life provides us a million opportunities to push ourselves — sometimes these challenges appear as something relevant to our passion, like a local writing contest or community talent show, and sometimes they appear as risks we want to take, like karaoke night at your favorite bar or an empty spot on the dance floor at a wedding.

Other times, you have to make your own opportunities. Maybe dress up as a cyclops.

Like many things, fear is healthy in moderation — there’s nothing wrong with avoiding downed power lines or evacuating a beach community soon to be bombarded by a powerful hurricane. In these hazardous situations, our fear triggers a fight-or-flight response that helps keep us alive.

But what about other situations like submitting a novel to an agent, singing in a talent show, or trying a new sport? None of these are likely to kill you, but that same fear chokes us: What if we mess up? What if everyone laughs? Our fight-or-flight response triggers, and it’s hard to combat something as intangible as the fear of embarrassment. We wonder if it’s better to play it safe — maybe next time we’ll feel “ready.”

And then we retreat into our comfort zone and stay there.

Being judged is scary, especially when it’s our passion on the line. We avoid situations in which failure is likely — or even possible — because failing hurts.

I have good and bad news.

The bad? That fear of failure is never going away.

But the good news is, we have a choice. We can let that fear stop us — justifying it by saying we’ll get to it in the near future, when we’re “ready” — but often, that excuse means we don’t end up trying at all. It’s safer not to, so we push it off another week or month or year, and it never gets done. 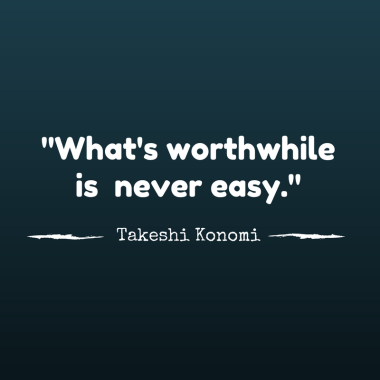 You will never get over your fear of failure if you don’t fail. And guess what? Whatever you’re pursuing — be it writing or music or sports or a career — you’re going to fail at some point. Probably at many points. In fact, I’ve had about 10 pieces of writing published in my life, but my list of rejections is triple that.

Yes, failing sucks. But you can’t improve if you don’t try. No one became good — or even proficient — at anything without failing first. They didn’t wait until they were “ready.” They didn’t give up when things didn’t work out the first time, or the second, sixth, or twentieth. Life goes on. Harden your resolve and hang in there. Choose to fail.

So I’ve decided to combat my cosplaying fears.

For those that don’t know, cosplay involves dressing up as a fictional character. If you’ve ever seen someone dressed as Harry Potter or Link from The Legend of Zelda, you’ve seen a cosplayer.

Taking on another persona like this is a pretty cool activity for a writer — we spend a lot of time creating characters and writing their stories. When I dress up, though, I feel a bit silly, like an imposter. I never act in-character for fear of saying the wrong thing. But this past weekend, I chose to attend New York Comic Con and cosplay Leela from Futurama. 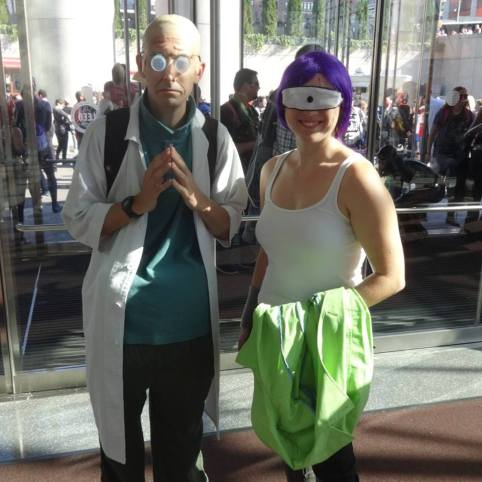 In the days before the con, I was terrified. What if I said something dumb? What if I didn’t know how to pose? What if I ran into a Fry cosplayer — or worse yet, a Zapp — and I couldn’t think of anything funny to say? 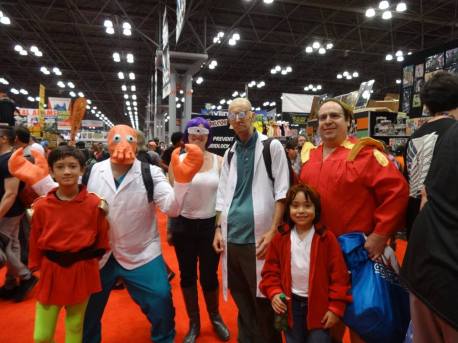 Someone teach me how to look less awkward!! 😉

Well, most of those things happened. I stand pretty awkwardly in most of the photos. I barely spoke to the other Futurama cosplayers I met. My in-character acting was nonexistent. In many ways, this was worst case scenario.

But you know what?

It was fun. The world didn’t end with the snap of a stiff photo. Nobody made fun of me when I didn’t banter with Zapp. I stood up to my fears and chose to leave my comfort zone. I spent a day in New York City, seeing some awesome costumes.

All in all, it was a pretty successful day.

Pick a Topic, Any Topic